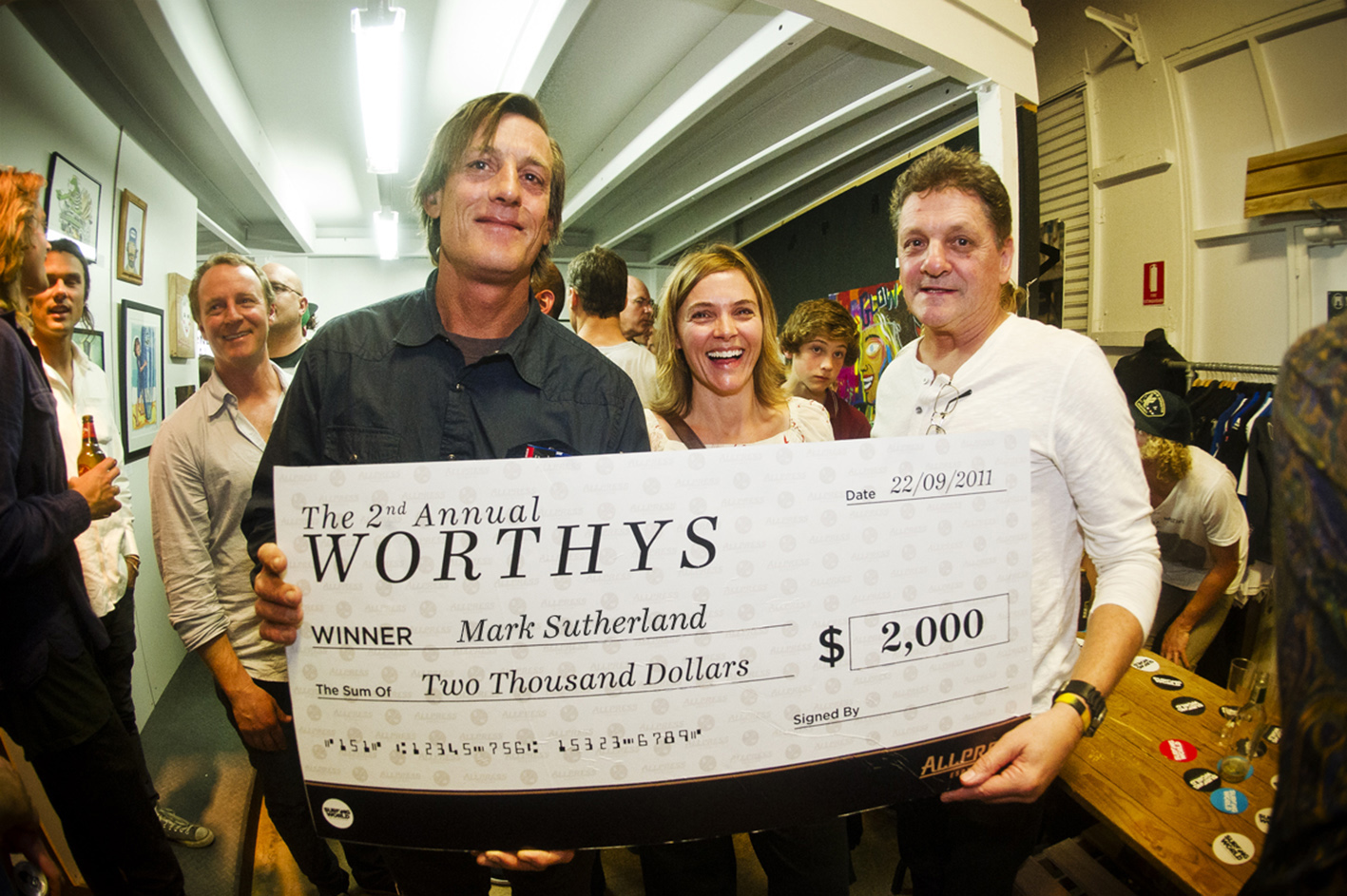 Well, I won first prize this year, and even managed to get the wetsuit they promised last year, so it all worked out pretty well. The nice part for me, apart from winning the money, was having my work acknowledged by someone like Martyn Worthington (pictured, in the white shirt). When I was 14 or so, I bought a second hand Hot Buttered Surfboard, shaped by Terry Fitzgerald, which featured one of Worthington’s spray paintings on the bottom; of a dolphin, bathed in the sun’s rays. That board was my pride and joy until it came off the car one day and snapped in half on Pittwater Road. I mentioned this to Martyn, and he reflected somewhat wistfully that, since most of the work he has done over the years was on surfboards, most of it has ended up battered and dinged, and often ultimately ended its life at the tip. There are very few pieces that have survived in original condition, which is something most artists would not have to reckon on.