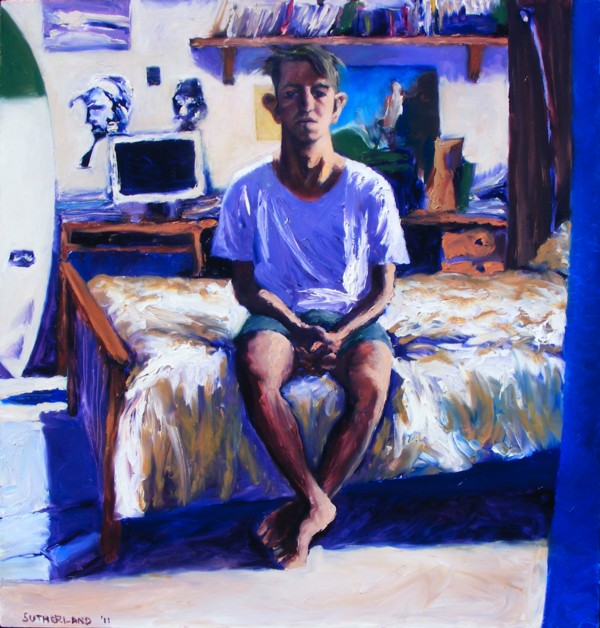 This is my entry for this year’s Surfing World magazine portraiture prize, the Worthys. The event is named after legendary ’70s Hot Buttered spray man Martyn Worthington. The mag is offering a cash prize to the best portrait of a surfer, as judged by Worthington himself. This year I painted young Scotts Head surfer Jack Lynch. I’ve known the family for a few years, and drew portraits of Jack and his brothers and sister when they were younger.  Jack is currently studying for his HSC, and has made a bit of a name for himself as a logger in recent times. Here, he’s sitting in his bedroom, battling mild sunstroke, I suspect, and struggling to stay awake after a weekend of heavy surfing. I’m pretty happy with this picture.

This is the second year they’ve run the competition. Last year, I painted Alby Falzon, and was awarded second place. They told me I’d won a new wettie, but I still haven’t got it. I’m glad they hold the competition, though, because it’s at least an attempt to bring some critical rigour to the culture and give surf art some historical perspective. People like Worthy and Tony Edwards should be in the Surfing Hall of Fame, or whatever they call it, alongside the surfers and photographers and film makers, because they play a big part in what surfing is, and how the culture perceives itself.