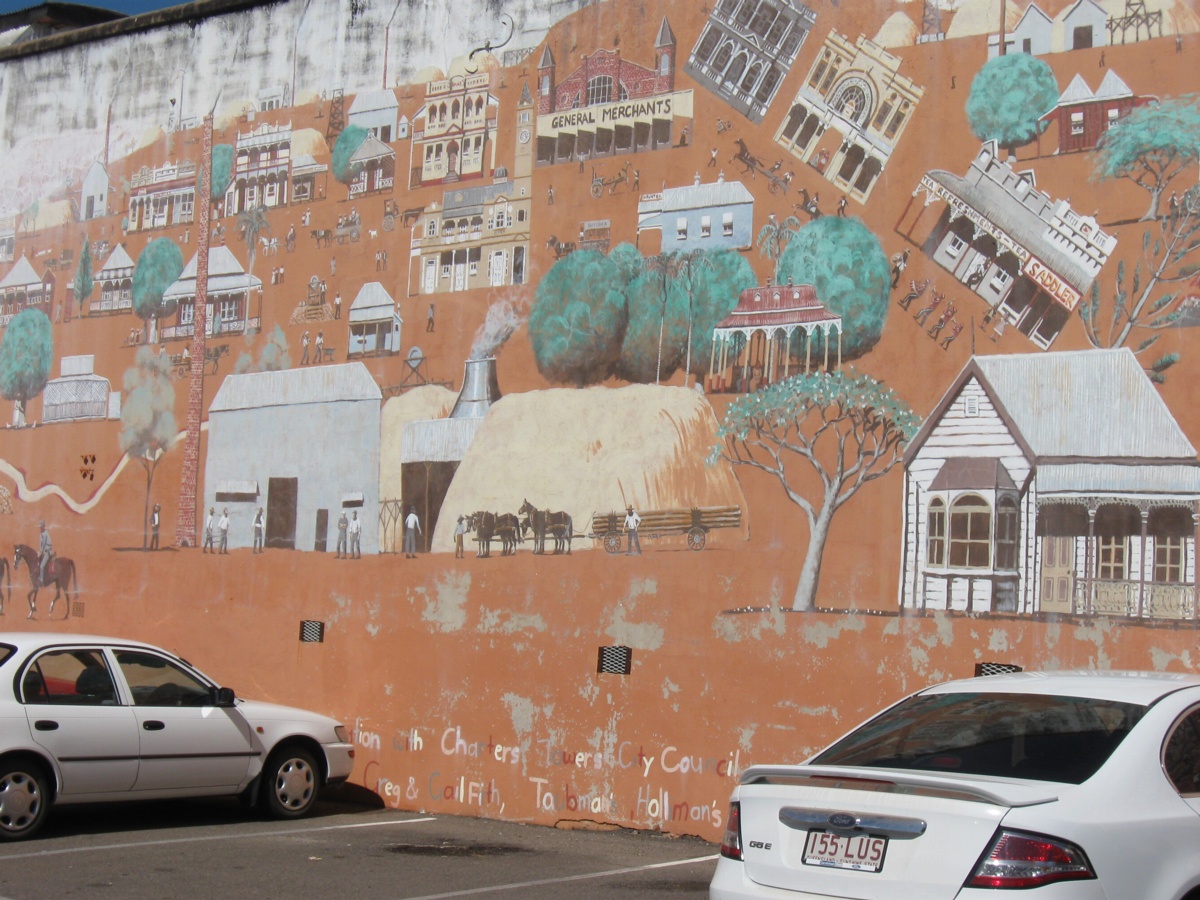 These are some recent photos of a mural I produced in Charters Towers, Qld, back in ’87. I instigated, designed and directed the project, which covers a prominent wall in the middle of town, with the co-operation of the local Council and Qld Arts Council. As you can see, it was a pretty big project, and involved five weeks of running up and down scaffolding. The sun up there’s so fierce, we used to start at 6.00am and knock off at 10 or 11, then go back after 2.00 in the arvo, when the sun had gone behind the wall. I got another artist, Kim Mahood, to help out. She and I were sharing a studio space at the time. Kim was a sculptor mainly, but she was a good painter, too, so I got her to paint all the people, while I concentrated on the buildings and overall layout. It came up pretty well, I thought, and people were very pleased with it – in fact, it’s become something of a local landmark. So much so that the local Council got in touch with me recently and asked if I’d consider coming back up there to fix it up. The sun and elements have taken their toll on the surface of it, as you can see, but it’s stood up pretty well, considering. It actually kind of amazes me that, in twenty years, no one ever graffiti’d over it.